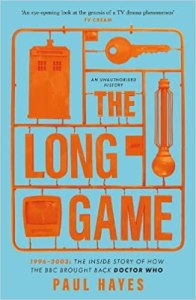 We all remember the improbability of Doctor Who’s return in 2005 after sixteen years off screen, barring one semi-canonical TV movie in 1996. It seemed, for fans, an impossibility after years not only in the wilderness but in the perceived rear window of television history. Doctor Who was cheap, cheesy and passe in the post-modern world.

Russell T. Davies entirely reinvented the series and changed that perception from the ground up once he unveiled Christopher Eccleston as a stripped-back, modern Doctor with a jolly northern brogue, dress sense like your semi-trendy uncle, and the brooding angst beneath of a man who was transformed from the eccentric old man with flamboyant costumes into the last of the Time Lords. Taking the stylistic precepts British viewers had grown used to with a decade of American pop cultural imports, ‘RTD’ made Doctor Who relatable, likeable, down to earth and even a bit trendy in a way it probably had never quite been before.

We know this story. Some of us might even know the backstory of how the revival was produced, of how Davies and Bad Wolf productions turned BBC Wales in Cardiff into a 21st century TV producing powerhouse. It is all well documented. Less so is the premise of The Long Game: 1996-2003 – The Inside Story of How the BBC Brought Back Doctor Who, in which Paul Hayes does what the book says on the tin and sketches out a lost chapter in Doctor Who history. One of numerous reasons his book is a resounding success is for just how much he brings to light a story most of us won’t even necessarily know we wanted, yet it turns out to be a compelling, widespread tale not just about Doctor Who, but a much wider television landscape.

After reading The Long Game, you really will never quite look at Doctor Who again in the same way.